The Infertility Companion for Catholics

My husband recently sent me this link the other day and I just ordered it from Amazon!  I'm really looking forward to getting it, although I could have used it 4 years ago!  :)  I really like the review in the link, in which the blogger admits that he and his wife have never struggled with IF and this book helped him be more compassionate with those who do.  And though I hope to never "need" this book again, I never thought I'd need it after the birth of my first son either.  Even so, it sounds like there is some really great info in here.  And it  might even help with my efforts to get a Catholic IF support group in my diocese!

Hopefully some of you will find this helpful as well!

Maybe I'm overreacting, but I just saw a facebook status update that is still haunting me.  It said, "Two years ago today, god blessed us with our 3rd, and FINAL, miracle. Happy Birthday to the most beautiful baby girl ever!"


Is it just me, or is it kind of sick to put "FINAL" in all caps like that?  First you're thanking God for this awesome blessing,of a beautiful healthy child, and then you're telling Him, "But I'll take over from here.  We're done trusting in your judgement for our family."  And then you're telling your daughter, "Yeah, you were an awesome blessing, but we sure don't want anymore like you!"

It just struck me deeply this morning and I had to get my thoughts out because it's still resonating...
Posted by Nicole C at 9:15 AM 14 comments

Oh those classy folks in Hollywood are at it again!  I just LOVE those super-smart, intellectual folks out there on the Left coast.  They're SO darn tolerant, open-minded, and un-bigoted!  Wow, I wanna be just like them!

Here they are making fun of Rick Santorum.  Which is nothing new.  I mean, why wouldn't they?  He's one of those crazy religious fanatics!  This time they've elevated the discourse by comparing his campaign to an abortion!  And since he has absolutely NO idea what it would be like to lose a child or make the heart-wrenching decision to have to choose to give his wife life-saving treatments that could end up in the death of their unborn child, these folks are right on the money in their critique!  What does a man know about this issue anyway?  Oh, and their stealth little jabs at pregnancy centers and common sense restrictions on abortions - well, they're just so clever!

Take a watch, then just try to not want to be as classy as these profound learned pundits.*


*In case you don't know me or it wasn't obvious, this post was dripping with sarcasm.
Posted by Nicole C at 9:34 AM 6 comments

A tale of two Easters

My, how life can change in a year.  Every Easter Sunday we take a family photo in front of our fireplace.  I don't remember how this tradition started, but it's gotten to be fun!

Last year I had just found out I was pregnant with twins.  In fact, we told Mike's family on that very day.  Here we are a year ago, when Marshall was just starting out: 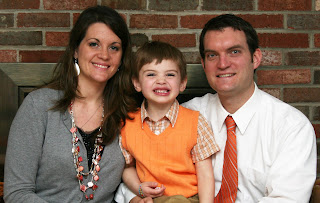 And although we aren't a family of 5 like we originally thought we would be, our lives have changed so much from last year to now.  We are so incredibly thankful!  Thank you, Lord! 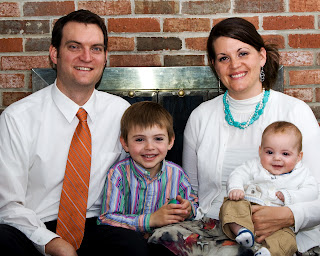