Fitness Tip of the Day

Finding the motivation to get that 30 minutes of daily exercise can be a hassle. But there are thousands of ways to work out. You don't just have to go to the gym and sludge around on the treadmill for a half hour. Try having some fun with it! Here are some suggestions:

-Rent or buy a new DVD to try at home
-Take a dance or kickboxing class
-Go for a hike
-Challenge a friend to a game of tennis
-Walk the dog a couple speeds faster than usual
-Do your normal routine while doing something you like (reading, music, TV)

Remember, it's 2007. The internet is full of fresh ideas and programs that can un-bore your workout. Try iAmplify

, where you can download videos to your computer. Good luck!
Posted by Nicole C at 3:45 PM 0 comments

Though I don't need any excuses to enjoy my 5-cup-a-day-minimum addiction, here is some more good news for coffee lovers: Coupling coffee and exercise may help ward off skin cancer! Drink up!
Posted by Nicole C at 3:41 PM 0 comments

vacuum from Amazon. I was definitely hesitant to buy a refurbished one, but it was on average $200 cheaper than buying one new. It mainly got great reviews on Amazon so I took a chance. We have a cat and a one-year-old so my old $80 Dirt Devil wasn't cutting it...it doesn't even pick up Cheerios anymore! That's a must with a toddler! So I splurged on the Dyson Animal which is supposed to be great for pet hair. I will keep you posted after I receive it and let you know how it works. Keep your fingers crossed for me!
Posted by Nicole C at 2:11 PM 0 comments

As a Catholic mom, I sometimes get caught up in having the latest stroller, or the cutest clothes for my son. I even get sidetracked by having things for myself - a new pair of shoes, the latest home decor, etc. This fun reflection on the Ten Commandments helps us not only teach our children to remember what is important, but also gives us parents some guidelines for keeping our priorities in check!
Posted by Nicole C at 5:48 PM 0 comments

So I recently downloaded my brother's copy of Little Big Town

's latest CD, "The Road to Here." I've been meaning to get it and I finally got around to it - thank God! It's amazing! Click on the link to buy it at Amazon.
Posted by Nicole C at 5:12 PM 0 comments

." It is an absolute must-read. As Dungy tells you again and again at the beginning of the book, it is not about football. The message is very powerful and Dungy should serve as a role model not only for young black people, but pretty much for anyone who likes sports or has a family. He's an amazing man. It is a book about life choices and how each of us has the inherent ability to be happy if that is what we decide we want. I encourage everyone to pick it up.
Posted by Nicole C at 3:34 PM 0 comments

NFL preseason rankings are in, and my Colts aren't #1. But I ain't skerd. Last season my husband's Redskins were picked in front of the Colts and we all know how that ended (sorry Mike). I'm still confident we can repeat. Although since we finally, and I mean *FINALLY* won the Super Bowl, the pressure isn't quite as high. But I'm not saying it wouldn't be sweet!
Posted by Nicole C at 2:35 PM 1 comments

Add some strength training to your workout. It keeps your metabolism revved up so you keep burning calories after you workout, even longer than cardio! Just remember to rest your muscles for 48 hours after each workout.
Posted by Nicole C at 10:47 PM 0 comments

Who's Side Are They On?

Democrats in Congress are currently fighting a bill by Rep. Peter King to protect anyone who reports suspicious terrorist-like behavior from being sued as "racist." Thanks to suits by the flying imams, anyone who attempts to report such behavior is subject not just to carrying the label of "racist," but apparently also to getting their pants sued off of them. Ridiculous.

"Instead they seek damages for their 'fear, anxiety to fly, humiliation, embarrassment, mental pain, suffering, inconvenience and financial injury.'" I'm sorry, aren't those a lot of what WE suffered thanks to Muslim terrorists after 9/11?

Why are Democrats objecting to this bill? To me, there is a line between being compassionate (which is what Democrats think they're doing...either that or they're desperate for votes) and completely abandoning national security (what they're actually doing).

I've never been a fan of lipstick, but lip gloss has been a staple for years. It goes with me everywhere and just in case I forget, I basically have a stick in every bag, pocket, and drawer you can imagine. And as a busy mom, the beauty routine has to stay pretty simple. So I was more than excited to try Almay's hydracolor lipstick. It's precisely a lipstick and gloss all in one! It doesn't get dry and clumpy, and it keeps your lips hydrated. It's the only thing I carry now. Highly recommended...great bang for the buck!
Posted by Nicole C at 8:35 PM 0 comments

How many times have you had a massage to relieve some form of stress, only to walk out of the massage parlor to the stress you just paid to get rid of?! Don't get me wrong, I LOVE a good massage. But they're too expensive and time-consuming for the everyday mom to have on a regular basis. Plus, I always feel relaxed for the hour I'm there, but as soon as I leave the building I'm tense again. The effects are not very long-lasting. Fortunately, there is a completely free, all natural stress relief that everyone can benefit from. It's called prayer! Talking to God not only relaxes me, but putting all of my worries into His hands makes me realize that as careful and worrisome as I may be, it's all up to Him in the end anyway (talk about a monkey off my back)! :) So try it. You may realize you have a lot to get off your chest after all!

Guess I'm Not So Cheap After All

Ok, I will admit it. I love "two buck chuck." Drink it all the time. In fact, buy it by the case when we find a Trader Joe's anywhere on the East Coast that is actually allowed to sell it. But check it out: the critics agree!! Does this, in fact, make me a wine snob?
Posted by Nicole C at 10:48 PM 0 comments

Ok, so I always said I would not be a "put-them-in-front-of-the-TV-so-I-can-have-some-free-time" kind of mom. Then I actually had a kid. At least I (so far) stick to the educational stuff. Two you can't beat:
Baby Einstein
Playhouse Disney

Oh, and just another suggestion for after you have kids. A must read:
Babyproofing Your Marriage
Posted by Nicole C at 9:54 PM 0 comments

Just 30 quick minutes of cardio exercise every day keeps you energized and motivated all day long!
Posted by Nicole C at 5:01 PM 0 comments

I've become a stroller snob. Which is unfortunate because with doing a lot of updating to our house, I totally can't afford the sweet rides. But here are some that I'm loving right now:

Rock Star Baby Candy I actually do have the red. It's great!
Dreamer Design Park Avenue

I have the Rebound Jogger. Not great, but this one looks swanky.
Joovy Caboose

I might have to get this when #2 comes along.
InStep Ultra Runner KA291

For an inexpensive double jogger, this one looks nice. But I've never tried it.
Kidz Kargo Discovera Never heard of this brand before, but found it in a search. Looks convenient b/c the back seat is suitable from birth. With most joggers, the baby has to be 6 months to sit in it.

If anyone has any info on any of these and/or has tried them, please post a comment!
Posted by Nicole C at 4:38 PM 0 comments

Senator Barack Obama recently stated that the US should not keep its troops in Iraq simply to prevent genocide. Really? Because back in April of 2006, Senator, you pushed for the US to be in Darfur to prevent genocide. So, whichever genocide suits your political agenda, is it? Maybe it's whichever one makes President Bush look bad. Perhaps you should try for a second Senate term and learn a few more things before you try being President.
Posted by Nicole C at 3:54 PM 0 comments

What's "Fair" About This?

The attempt to reinstate the fairness doctrine is currently being debated in the Senate. It focuses only on talk radio because talk radio leans dominantly to the right. But because we live in the age of the Internet, we have to desperately try NOT to get both sides of any story. It is ironic, for lack of a better term, that Senate Democrats only want to enforce the Fairness Doctrine upon talk radio...not newspapers and television media, which both lean highly to the left (though they will never admit that). Is that really "fair?" Or is it a flashback to the police state of the USSR, not in line with the first amendment to our Constitution? And, by the way, who is going to be the "fairness arbiter?" Even a scarier thought. Are you ready for the government to be deciding what we can and cannot listen to? And if you're disagreeing with me right now, just think...what if George Bush was the moral authority on who you could listen to and what they could say. Works both ways. Think about it.
Posted by Nicole C at 3:38 PM 0 comments 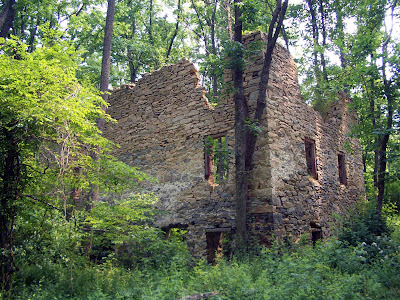 Makes you wonder who used to live in your neighborhood...
Posted by Nicole C at 9:16 AM 0 comments 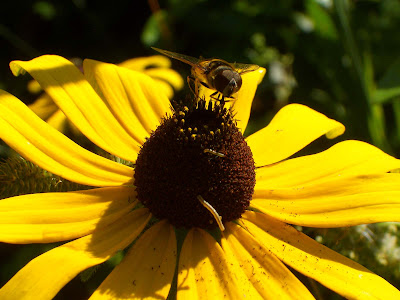